After a break from treks for over 2 months (summer, illness, general laziness, delayed rain) we were out on what we hoped would be our first monsoon trek. Explorers who had cancelled the trek because of low turnout (people don’t register as long as it doesn’t rain in Pune, even though it is raining in the Sahyadris he says) re-planned it for us. So, we headed towards Ratanwadi on Jun 17 at 12AM. The journey came to an end at 5AM and we got out of the bus to see mountain ranges appearing because of the rising sun amidst the drizzles. 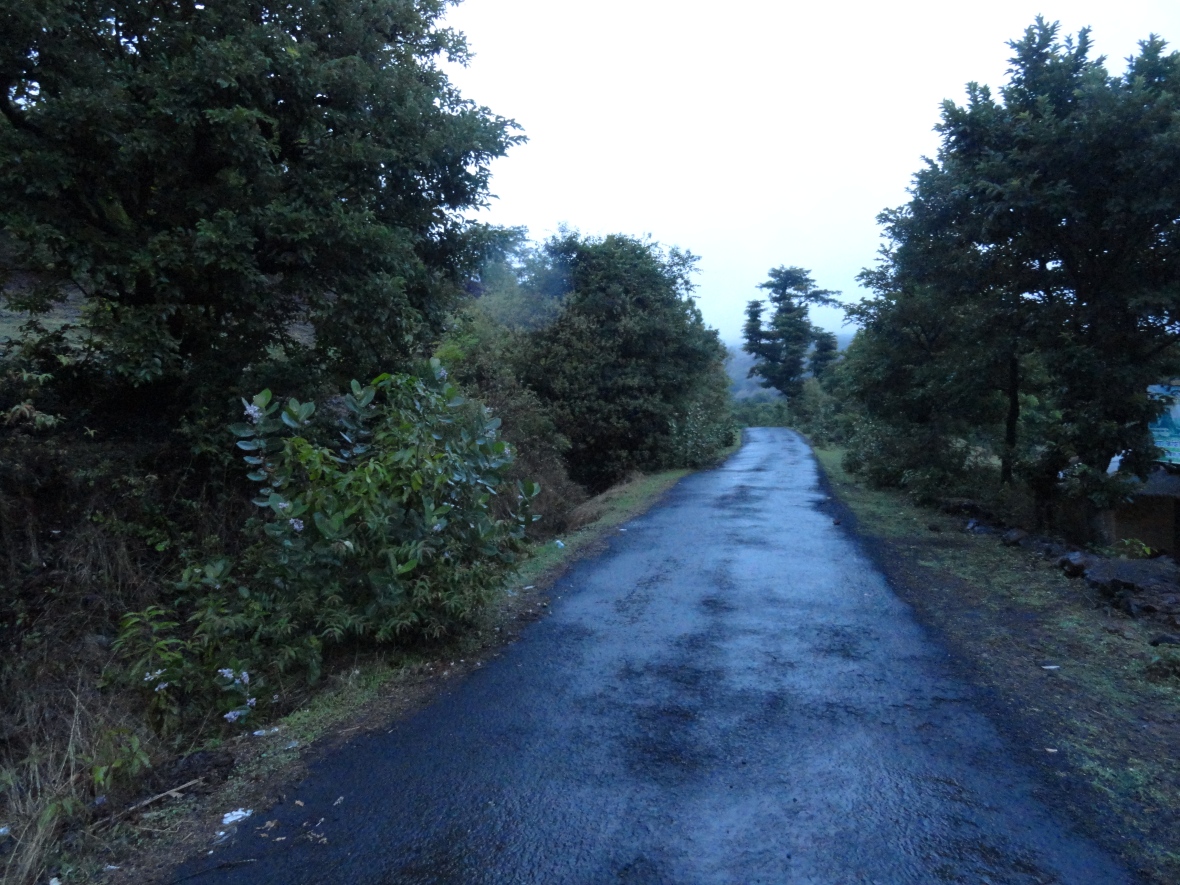 Monsoon treks are more fun. There is hardcore trekking of course but people are in a better mood. Throughout the climb, we kept chatting, laughing and pulling each other’s legs. There couldn’t have been a better day for this trek. I guess Ratanwadi received its heaviest rain this year on that day, so the water level in the streams was really low in the morning and was till our waist by the evening. Apparently, you cannot climb this mountain after a couple of such showers.
My stamina had hit its rock bottom. To add to it was my blocked nose and the rain did not help either. Could not believe I was gasping for breath so badly and decided to add SOME form of exercise to my daily routine. After 2 hours of climbing, we reached the ladders which lead us to the cave. There were smaller waterfalls to face on the way up which was so much fun. Following the Explorers tradition, we started chopping onions and chillies to make the oh so famous Poha 🙂 A few more trekkers from Trek Di were resting there too and were making Maggi. We convinced them to share some with us and Maggi in the rain is.. yummmmm 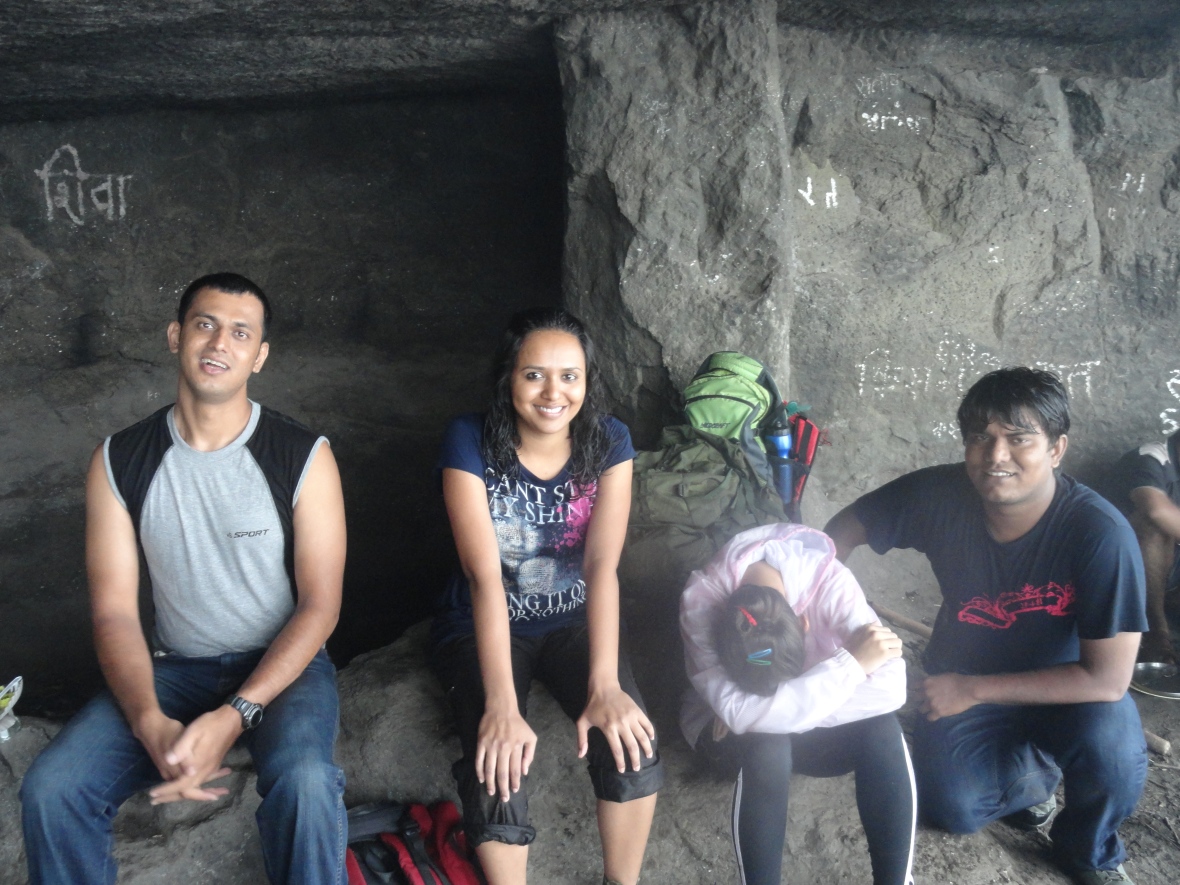 Immediately after breakfast we walked around the mountain to see various points and forts. This was done in such a hurry that we hardly got to soak it all in. This is so unlike Explorers. They always give us enough time to enjoy the nature. Anyways, the one that I loved the most was this point called Nedha which is a small arch like opening. The rain drops which were falling off from the rock looked like needles and the feeling of being there was so worth it. 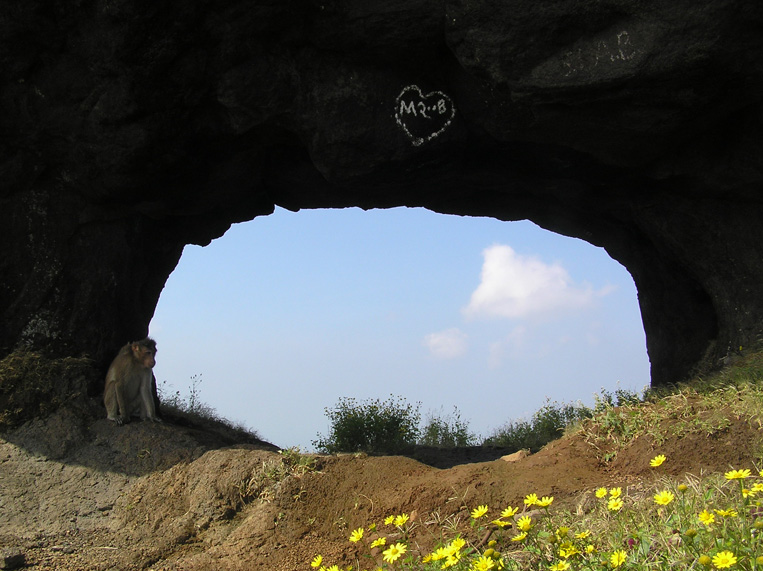 After a quick and hilarious lunch (Zoheb at his best), and a 15 minute nap inside the cozy cave, we started the descent. Crossing the water streams and collecting the purple fruits was fun. The hunter shoes I bought from Bangalore for my Sar Pass Trek (which I did not go for 😦 ) has amazing grip and I did not slip or fall even once 🙂
All in all, a great start. 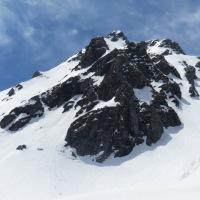 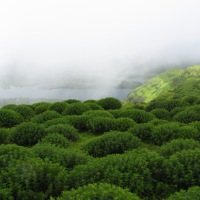